Perhaps for this reason, but especially because of the challenging  question asked by one of the persons who I love and respect the most in  this world, my mind begins to draw parallels, comparisons, look for reasons and slowly -at the speed of my unhurried pace- observe the surroundings.

My dear friend challenged the joy I was feeling since landing. I was going to step, for the first time in my life, in Mandela’s land. This land represents (at least for many changemakers like me) reconciliation interlinked with the power of perseverance and solidarity. My friend asked me: “Why to admire Mandela, if the negotiations he led, left the power structures intact? South Africa suffers still today massive exclusion and discrimination because of this. Why you don’t admire Biko? (activist murdered by the police because of his struggle to expand “black” consciousness). Why do you celebrate a reconciliation process which did not generate change?” As in all my trips –since I started travelling as a “wondering woman” -challenging roles, borders, neighbourhoods and countries-my mission is to listen and observe details. The question of my dear friend makes my blood boil. I wanted to understand.

Peace as an event rather than a political process: It was not the first time I heard these claims. Recently, during the South-South exchange on Transitional Justice I organized in Argentina, many said that the South African model of reconciliation maintained and generated long-term problems -inequality, poverty and discrimination-, all very evident today. The structures of exclusion remain firm in South Africa. Democracy did not bring true citizenship and rights for all. For example, an unlike Argentina which is ensuring a profound truth and justice process, decided not to judge the corporations who benefited from apartheid and supported the persecution, displacement and various abuses suffered by the black and coloured population. During the meeting I was invited, I had the pleasure to work with one of the main leaders supporting the transitional process in South Africa: Nomfundo Walaza, former CEO of Desmond Tutu Peace Center and experienced healing and dialogue facilitator. One afternoon I implored Nomfundo to share with me her views. She said: “One of the problems with South Africa political transition is that the Truth Commission established a “date” to help manage the change process. It was agreed that only gross human rights abuses committed from 1962 were going to be assessed by the commission. However, apartheid started in 1945; and in particular, massive land grabs from black population were initiated in 1913 when people were sent to live in reserves”. Thus, one of the structural roots causes perpetuating inequality, exclusion, discrimination and, therefore, increased violence is still an issue to be resolved. After 20 years of democracy and despite the fact that the Constitution recognises the need to address land distribution, black people has not seen much progress. Wealth and resources are still concentrated in a few white hands and the majority of the country -who historically were denied from their rights to education, land, health among many others- remains “displaced” in townships. South Africa’s unemployment is more than 30% high, while the number of killings related with robbery and gang violence grow every day. Nomfundo continued: “The issue is that peace was seen as an event and not as a process”.

Despite all the hardships, today, millions of South Africans continue pushing for transformation and the expansion of the notion of peace with justice. As I visited beautiful natural reserves, I discussed politics with everyone who I met in restaurants, gas stations and taxis. All my interlocutors felt this is just the beginning of a long change process. Despite shortcomings, they feel somehow grateful for the initial steps taken with Mandela’s leadership support. At the same time, everyone feel betrayed by the ANC leadership which is perceived as extremely corrupted.  My observations confirmed my firm believe that peace associated to the short-term delivery of an agreement (or a number of them) is meant to generate more exclusion and violence in the mid or long term. In South Africa and every country, the challenge remains to re-think the political and economic landscape interlinked with abusive power structures which maintain people poor, isolated and victimized. In South Africa and in every country, the challenges remain understanding conflict transformation and “democratization” as a systemic and holistic long-term process which, in fact, does not end. 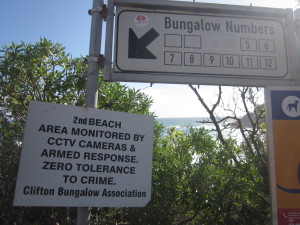 Parallels and Comparisons with Brazil and Argentina: I remember the  first glimpse of Cape Town. I told my taxi driver “is very similar to Buenos  Aires”. Hundreds of little houses made of low quality materials and  plastic… swirl one next to the other all the way by the speed highway.  These are the “townships”. . There is where many only breathe survival.  In Argentina, these are the “villas”. In Brazil, these are the “favelas”.  There, is where “they” live. “They” are black people. “They” are those  who the owner of my hotel points with the finger when she wants to  clearly let me know: “they are the ones who will probably try to steal your phone if you want to make a call”. “They” are the people who, even today, live under the poverty line and the statistics hidden by the marketing lights of the emerging countries. Progress is indifferent to “them”. My taxi driver tells me: “they eat grass to fill their belly. And now, they buy a cheap drug that is slowly killing them”.

On the contrary, for the white South Africans -flying with me from Dubai to Cape Town-they are those whom, today, suffer retaliation from “them”. My fellow travellers whisper in my ear-before finishing the conversation abruptly so not to enter into discussion- : “We are living the opposite discrimination, now there is no place for us in the universities, because” they” have priority. And “they” rule, even when they don’t have studies … they are ignorant“. The parallel with comments made from certain groups in Argentina and Brazil is simply striking. Degradation is resumed in the form elite established rankings of ignorance, rankings devised under the precepts of a few “enlightened” in universities where English is the main language.

My attention expands. I spent only a few hours in South Africa, however, the narratives begin to become transparent, almost as if I could touch them with my hands…hurrying to take notes while enjoying a coffee break. I start walking again. As always in my travels alone, I’m observant, expectant, and curious. My eyes stop still in the multiple signs in the streets, in the gestures and movements of the peoples. Only, sometimes, my eyes stop in the birds and the ancient majesty of Table Mountain. My attention is with the gestures more than with the blue sky that opens firm in the South of South of Africa. I cherish every moment and scrutinised:

The hillsides and stunning slopes by the sea are privatized. Each meter has been privatized. Facing the sea, one can only find dozens of mansions and hotels for the few. To reach the beach, one needs to venture through a zigzag path opening between private pools and lush gardens. In its entrance, I detect a huge sign confirming: “you are being filmed by cameras and in this area there are armed forces”. “Do not misstep in private land, Cecilia. A bullet from one of the private security companies guys can rub your brain”, I tell myself. I remember Rio: the slopes of the hills are not fully privatized.  The best views of Copacabana and Leblon belong to the “favelados”. However, most of my Rio friends and colleagues have ever visited or worked in a favela. For many of them, the favelas are a distant feature in the landscape, something they read about in the news and academic journals. Again, here in South Africa and in Argentina or Rio do Janeiro, the segregation and disconnection between groups is tangible and deep. And disconnection, increase harmful stereotypes and the securitization of daily life. In Cape Town, like in Rio, the police (state or private) is waiting for a false move. But not everyone is “suspicious”. As I walk, I observe how a group of police interrogates, in a strong defiant tone, a group of black children who are not more than ten years old. To my sides, dozens of beggars, sleeping, asking, and looking at the horizon without seeing the beautiful waves detected by my camera. I’m not suspicious… because I’m white….

Memory: I’m told that the names of the streets are being changed. Many are replaced with the names of those who fought for the end of “apartheid” and the beginning of the democracy. However, memorialisation is defended and, simultaneously, criticised by different groups. The same taxi driver told me: “The government of Cape Town (as opposed to national government) focuses on improving the city, the streets, and services. Instead the national government (ANC, Mandela’s political party) all it does is make propaganda with the memory of the struggle against discrimination. Meanwhile they fill their pockets with our money“. The parallel with what was expressed also in the Americas Summit 2015 is remarkable. Obama said: “Let’s not look to the past, let’s do business”. Castro, Kirchner and Correa said: “if we don’t learn from the past, through collective memory and the enactment of justice, we will be making business and committing the same mistakes than in the past“. Capitalist progress relies in silencing the past. Capitalist progress does not to want to look back. The alternatives advanced by diverse social and political movements and leaders do look back: a new world will emerge from considering lessons from the past and visioning a very different future.

I continue my way and start wondering where the past and the present really begin. The past is that blacks were poor. The present is that blacks are poor. The future is full citizenship with equity and dignity for all. Will this be the future? At times, I doubt it. In street posters everywhere (as well as in television, radio), I read the announcement of “Mandela Day”. At first, I feel happy. I think: “July 18 is celebrated Mandela Day “and I’ll be here!” (I think). “I want to go to a march, join them” (I think again). Then, I search on the Internet: “Celebrate Mandela Day Cape Town” (clicked enter). Then, I find a huge list of voluntary activities that are, really, just charitable actions. For example, the activities include giving clothes, taking care of dogs, cleaning a school, and some more of similar tenor. I find little mention of the historical and current struggles which might make “charity” no longer necessary in this world. After all, charity can be a mere act naturalizing poverty and only acting on its symptoms. To be supportive of Mandela’s cause, today in South Africa, is being charitable. To be supportive of Mandela’s cause, yesterday, in South Africa, was to join the fight, the struggle to transform the conditions of domination and persistent discrimination in this country. This is a discursive and especially political twist, in a democracy associated with a limited citizenship and currently more in tune with a “solidarity express” effectively widespread by a network of NGOs of varying types. I wonder how it is feasible, in democratic times, here in South Africa and every country, to reconnect public action and voluntary work with policy making. The challenge is to go beyond the “liberal” understanding of social action and link it again with a true commitment with the structural transformation of the political-economic landscape and power structures keeping people poor, isolated and victimised. In the past, this might be called “revolution”. I would like to find a name for today’s huge challenge ahead. 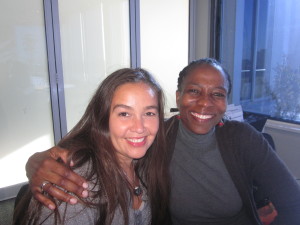