Cecilia is a professional and activist who works inspired by her the vision of co-creating an equal and just world in which all human beings live in dignity and freedom.

Cecilia considers that this transformation will happen if the Global South countries and peoples play a leading transformational role in local-global politics and if societies are respectful of human rights and citizens’ participation.

Since early age, Cecilia channelled her passion for social change through the creation and support of some of the most remarkable initiatives implemented in the Global South and North in the areas of peacebuilding, human rights, justice, civil society participation and development. 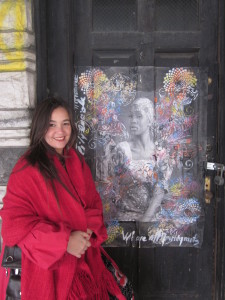 Born in Argentina, South America in 1974, Cecilia was especially influenced by her active engagement in the Argentine transition to democracy after a bloody dictatorship. Since 1990, Cecilia joined diverse civil society organisations and consultative processes aiming at devising national, regional and international public policies.

She is grateful for having personally experienced political violence, the dilemmas of reconciliation, and the pains of economic and social injustice as well as gender violence. These challenges provided her with the passion to promote transformation, power shift, active participation, dialogue and social innovation.

In 2002, she became more directly involved in international change processes and, therefore, she learnt to value the commonalities, aspirations and challenges faced by diverse countries and peoples: from Sierra Leone, Philippines, Somaliland and Venezuela to Portugal, East Timor and Brazil.

She has a degree in Sociology from University of Buenos Aires, a diploma in Anthropology from FLACSO (Latin America Faculty of Social Sciences) and a Masters in Violence, Conflict and Development from SOAS, University of London. She is Fellow of the BRICS Policy Center, Global South Unit for Mediation, Brazil. 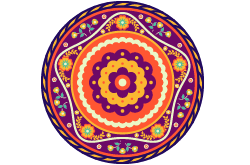